Not much is known about Henry H. Rhodes except he was adamant about making sure there was no trail leading to his family.

“My father was from Penn., was in the Union forces as a Water Boy and said he had lied about his age to get into the service.” -Bessie R Wilkinson

Frances Milbre Pate was known to family and friends as “Fannie”. Her family had settled in the piney woods of southeast Texas. Her parents were Charles Thomas Pate and Elizabeth Penelope “Nellie” Butcher.

**_Note Concerning the Obit for Fannie Pate Payne _**The obit incorrectly lists my grandmother as “Mrs”. She did not marry until 1926. The obit also list incorrectly her only son, as “Henry Payne”. His name was Henry Howard Rhodes, Jr. and his only child is still living.

The photo below is my grandmother’s 4th grade class. I believe it was Ottaway, Kansas, 1913 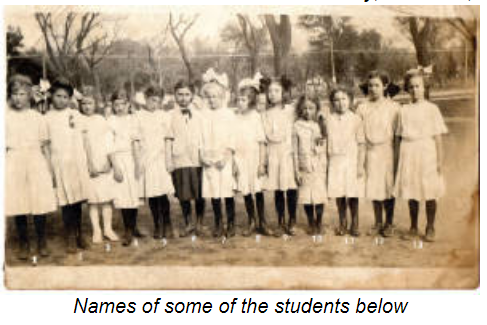 Some of the names were visable on the back of the photo. All the names were listed but because this was glued into an album, some names are now unreadable.

Bessie attended Silsbee High School in Silsbee, Hardin County, Texas. Afterwards she attended Port Neches College and then Port Arthur Business College. She kept a book filled with memories from those days. The book is approximately 200 pages but I have scanned several in of the comments left by her class mates. 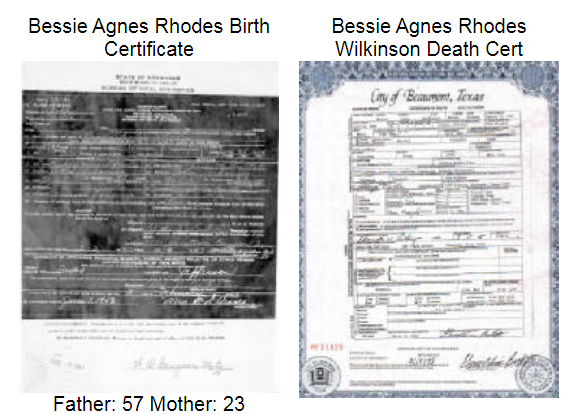 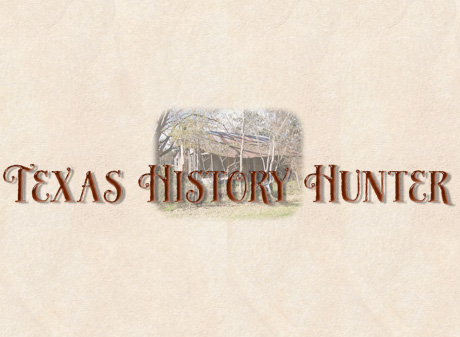